You are here: Home / All blog posts / Warp & Weave / Remove before launch
Previous post: Presenting the 2018 fall collection
Next post: Color Courage for Weavers has launched!!!

I’ve been pretty silent here for the last few weeks because I’ve been working like crazy on prepping my online course Color Courage for Weavers for its launch. (Coming up fast. Really fast.)

And I’m not going to say much right now because I’m still working like crazy trying to get the launch ready. You have no idea how many moving parts are involved!

But I did want to share one thing with you.

You may recall that, long ago and far away, I worked for a company called Skybox Imaging….which made, launched, and operated state-of-the-art, seriously bleeding-edge imaging satellites. 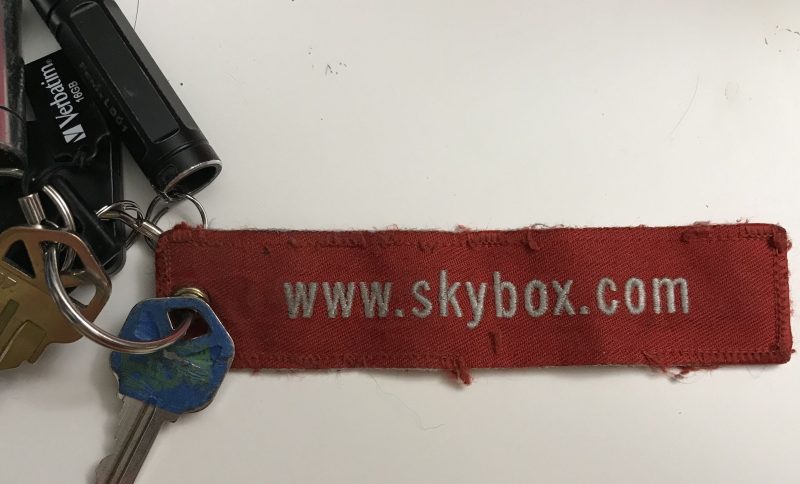 Well, when satellites are constructed, there are typically protective parts that are kept in the satellite while it’s being stored on Earth, but are removed just before it leaves the planet and goes into orbit.

So people don’t forget to remove those parts, they are typically tagged with big red labels that look like this: 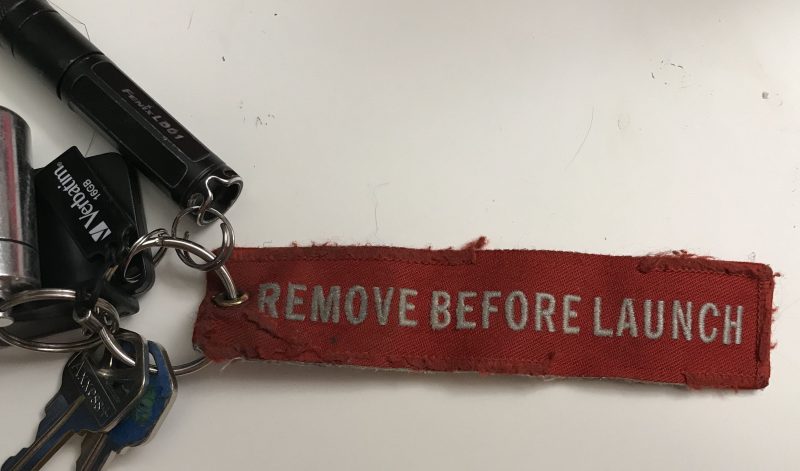 So shortly after I joined Skybox, I got a “Remove before launch” keychain fob to commemorate the launch of our second satellite. The one that convinced Google to buy us.

After I left Google, I thought, “Remove before launch. Hey, that’s cool. I’ll just leave it on until I’m ready to launch my new business. That’ll be another six months or so.”

Then Life Happened. It’s now been on my keychain for over three years post-Google.

Within the next week.