Ah, the sassafras bush. I neglected to report earlier that it was living in an apparently symbiotic relationship with a huge patch of poison ivy. I dug it out very carefully, washed my hair, clothes, and shoes immediately afterwards, …

…and still came down with a mighty case of poison ivy. I must be really sensitive to it or something, because over the past few days it’s been cropping up in increasingly unlikely places – some kind of delayed onset is causing the patches to keep appearing even days after exposure. When it reached the point of having my left eye partially swelled shut (no effect on the eye, thankfully, just the eyelid), we called a doctor and so I’ll be taking prednisone for the next ten days or so.

All that said, I have no regrets whatsoever about my little escapade. That sassafras tea sure was good. 🙂

Went to Belagio, a wearable art gallery in downtown Asheville today. Lots of gorgeous stuff including some great handweaving, but my favorite was a peacock colored jacket that had been made by stitching together three layers of fabric in parallel lines and then cutting between the lines to produce a feathered effect. Here’s a photo! 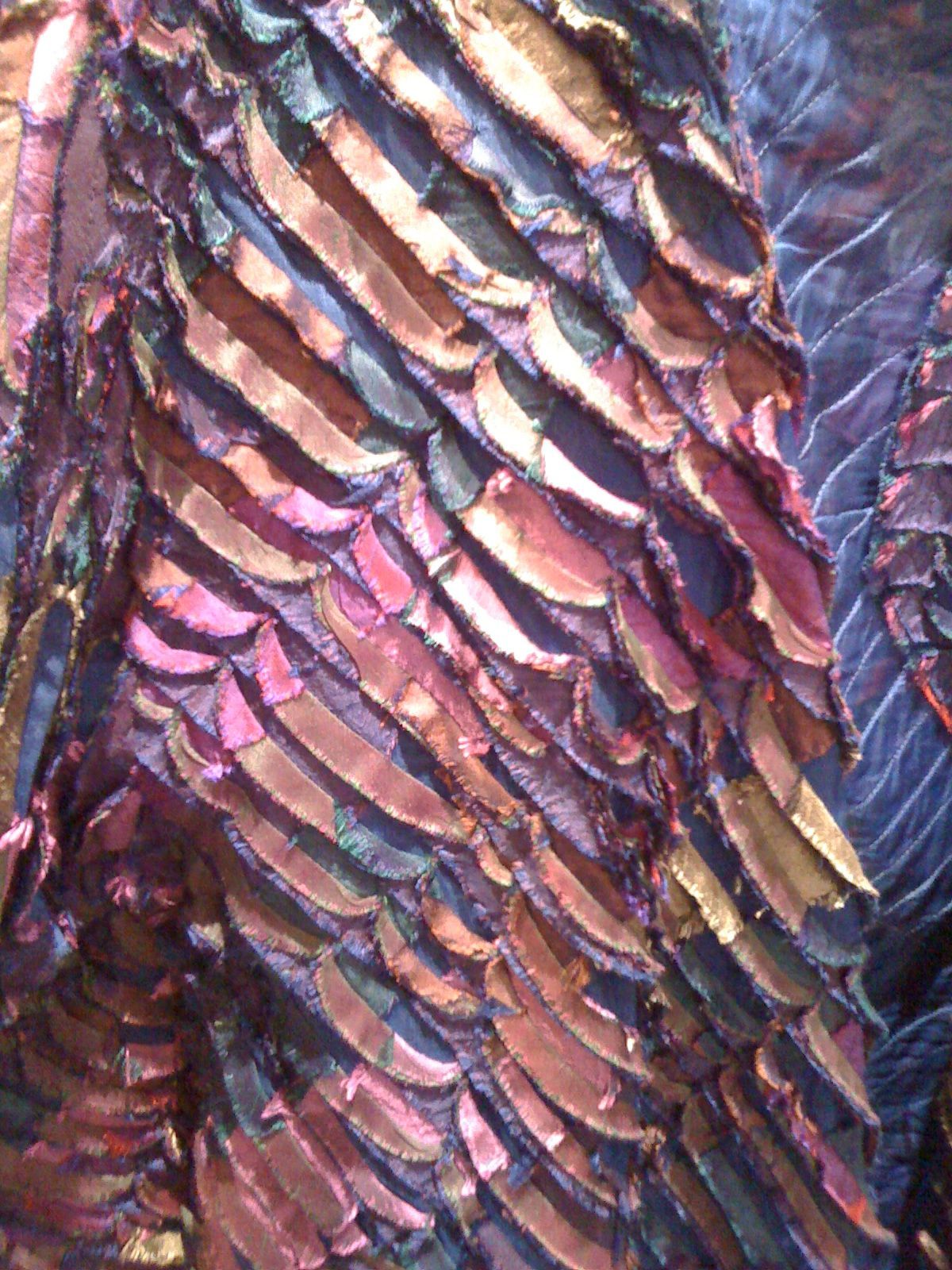